The founding assembly of REDAH was held on December 17, 2003, and the assembly consists of the mayors of 23 Herzegovinian municipalities, as well as representatives of local development associations from Herzegovina, chambers of commerce and trade, and non-governmental organizations dealing with issues of economic development.

As part of the "Ćiro - World Heritage Trail" project co-financed by the European Union and the Federal Republic of Germany through the EU4Business project jointly implemented by GIZ, UNDP and ILO, ITO designed and developed a new, modern website that will certainly contribute to the growth and promotion of REDAH activities. 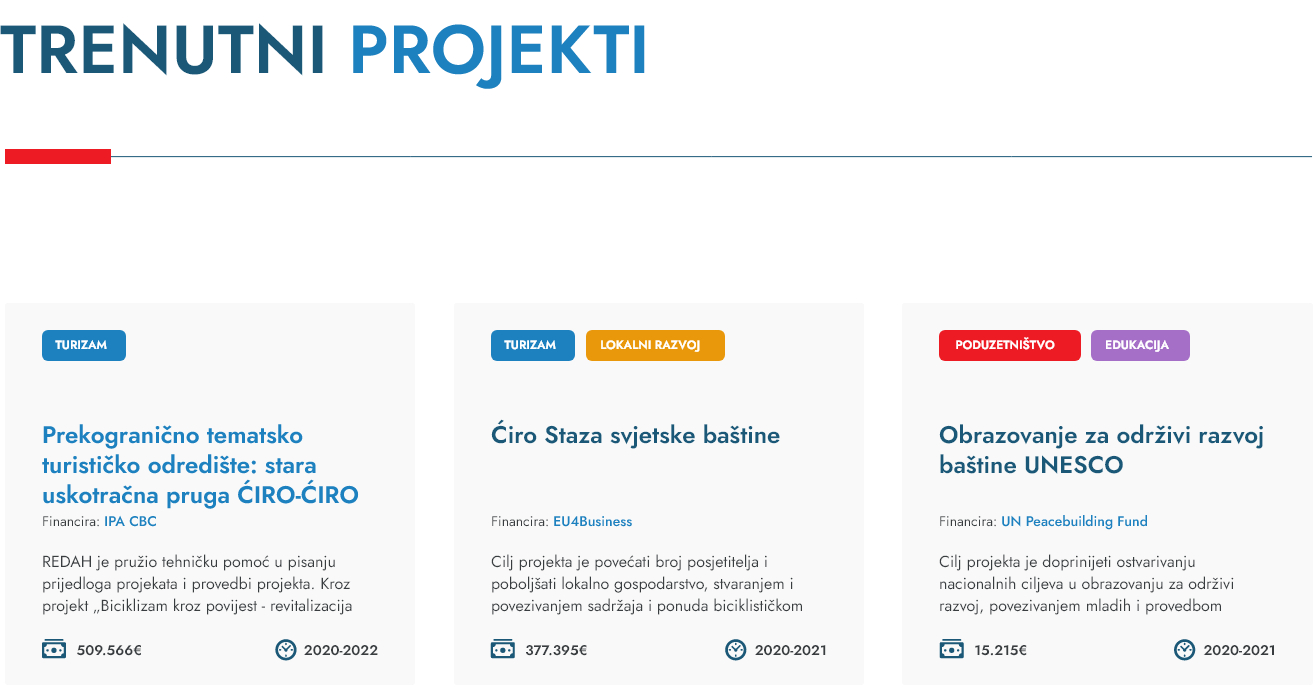 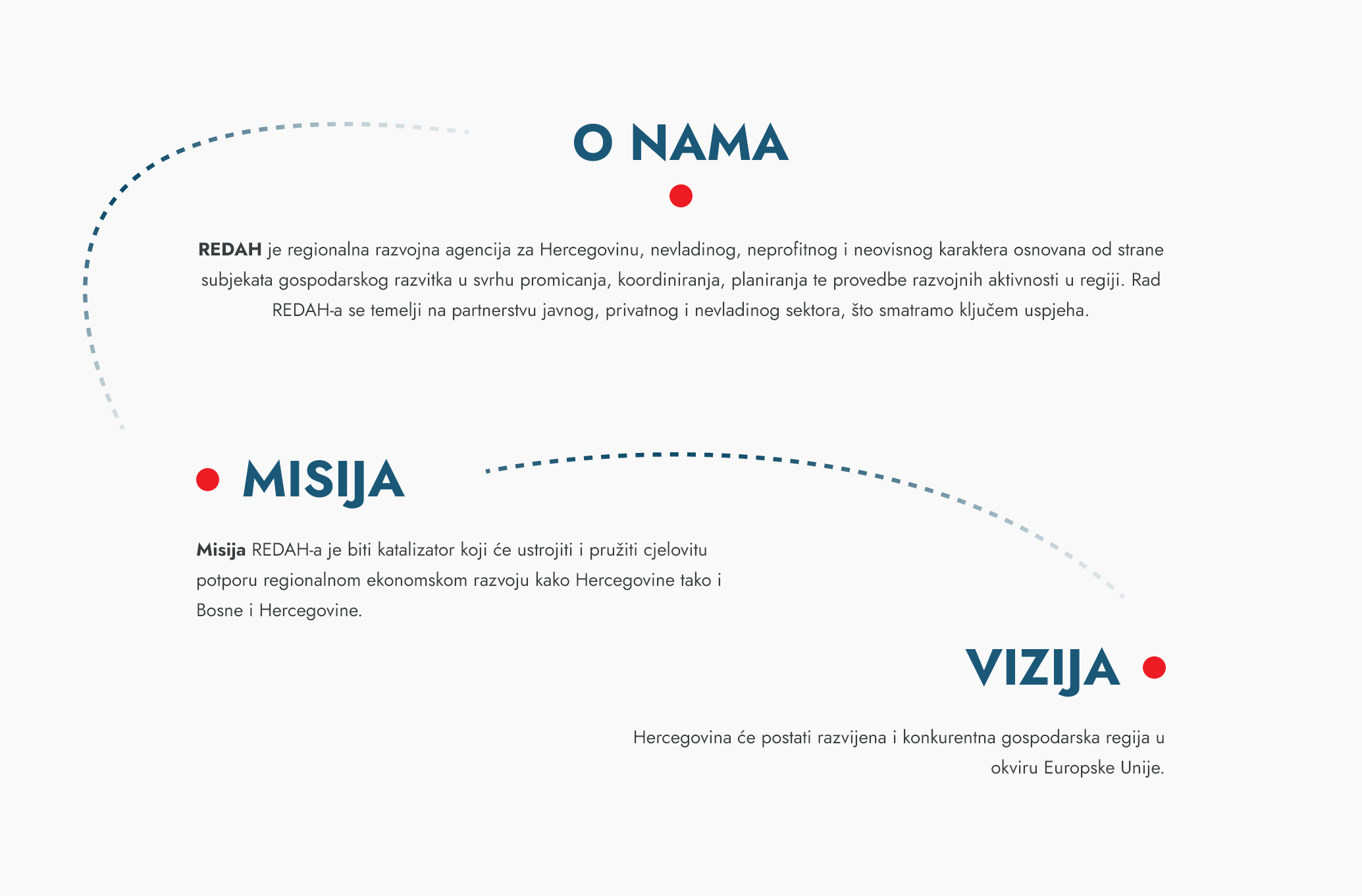