The Roman Catholic Diocese of Mostar-Duvno (Latin: Dioecesis Mandentriensis-Dulminiensis) is an ecclesiastical territory or diocese of the Catholic Church encompassing Herzegovina. The diocese, as well as the Franciscan Province, is centred in the city of Mostar, Bosnia and Herzegovina. It was formed on July 5, 1881. However, the Diocese of Duvno existed long before 1881, and was erected sometime in the 6th century.The seat of the bishopric is in the Cathedral of Mary the Mother of the Church. The diocese releases two monthly magazines: Naša ognjišta by the Franciscan Province, and Crkva na kamenu by the bishopric.The diocese covers area of 8.368 km sq, with 175.395 Catholic in 66 parishes of the diocese. There are 73 diocesen priests. A number of parishes belongs to the Francisican Province of Herzegovina.The current bishop of Mostar is Mons. Ratko Perić. He also serves as administrator of the Diocese of Trebinje-Mrkan. Trebinje-Mrkan was united with Mostar-Duvno in 1890. 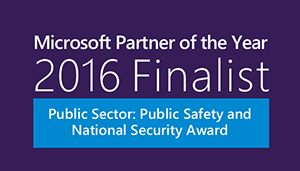